Living in Lisbon: an expat’s point of view of the capital of Portugal

Have you ever thought about living in Lisbon? The capital of Portugal is getting more famous in the last few years, attracting people from all over the world.

The metropolis is a mix of modern and historical, rustic and elegant, typical and touristic. But how to relocate there? Where to live? Is it expensive? And is it worth living in Lisbon?

Get to know everything you need in order to move to Lisbon as soon as possible. You won’t want to stay away much longer.

Living in Lisbon is like living in a poem. It feels like being in the essence of what it means to be Portuguese. Its yellow trams, hills, and charming narrow streets with a view to the Tagus river never get old.

Besides that, it is Portugal’s main urban center, with life in every corner and culture in the air. But it is not only the Portuguese that enjoy the city. Lisbon has a great variety of nationalities among its residents.

Who lives in Lisbon

The city of Lisbon is home to over 500 thousand people, but it has about 2 million inhabitants, counting its metropolitan area.

According to official data, 21% of the city’s residents are foreigners, and in the Lisbon metropolitan area, 11,5%.

Why are expats moving to Portugal?

Portugal is a great place to live, and foreigners are starting to realize that. The southern European country is one of the 4 safest countries to live in, according to the Global Peace Index 2021.

Since long ago the British have been enjoying Portugal as a holiday destination, but now it’s become a hub for the international community.

Read also our article 8 reasons why Portugal became so popular.

Cost of living in Lisbon

The cost of living in Lisbon can vary greatly depending on one’s needs, spending habits, and preferences. However, we can trace the average cost of living with the help of the Numbeo tool for costs of living estimates. Take a look at the table to know the values:

It is a known fact in Portugal that Lisbon is one of (if not) the most expensive regions to live in. The city is not only the capital of Portugal but also the country’s main commercial, touristic and cultural hub. Almost every Portuguese has considered moving to Lisbon, and now the whole world is flirting with the idea. No wonder it’s getting expensive to live here.

Take a look at our article Cost of living in Lisbon for more insights.

Best neighborhoods to live in Lisbon

When choosing a place to live in Lisbon, there are some aspects to pay attention to. Depending on your lifestyle, work, family size, and finances, your definition of Lisbon may vary. There are, however, some neighborhoods that stand out and that are nowadays considered the best ones to live in.

Before we go along, please take your time to explore Lisbon’s map and get acquainted with the city.

After all, one thing is to visit a city, but living in it is a completely different one.

What about checking out some Lisbon districts (freguesias)?

Alvalade is known to be a fancy neighborhood, where rich families have lived for generations in Lisbon. Needless to say, it is a beautiful and central place, with traditional architecture and the most charming streets.

Also known as Expo, Parque das Nações is one of the best places to live in Lisbon. It is a modern part of the city that has been recently built, with large streets, new buildings and parking spaces in the garages.

It is also a self-sufficient neighborhood with many green areas, restaurants, and access to the Tagus river.

Also considered the Central Business District (CBD) of Lisbon, the neighborhood of Saldanha is a great choice to settle in the capital. It is a historical and central area, a few minutes away from Avenida da Liberdade, Lisbon’s main avenue. Besides, Saldanha is full of universities, ancient and modern architecture, hotels, restaurants, hospitals, and so on. Definitely, a complete place to stay in Lisbon for a short or long period of time.

Another excellent place to live in Lisbon is the neighborhood of Estrela. Even though it has a great location, near the center, Estrela has not yet been found by the huge waves of tourists that usually hit Lisbon. It’s a much calmer neighborhood, with lots of green, and perfect for families with children.

Estrela is home to the streets of charming old mansions, transformed into embassies today, and the stunning Basilica da Estrela.

Located in the heart of Lisbon, the neighborhood Príncipe Real is an upscale area with fashion stores, art galleries, and outdoor areas. Its 19th-century mansions, gay bars, and views of the 25 de Abril bridge make this area one of the most sought-after by expats – and the main LGBTQ+ center in Lisbon. As in most neighborhoods in central Lisbon, parking can be quite tricky. But it’s worth it if you’re living in Lisbon’s most cosmopolitan area.

In case you are curious, you can follow the average price per square meter of the real estate market on the Idealista website.

The labor market in the Portuguese capital

Lisbon is the city with the best work opportunities in the country and the highest average pay. Most of the best workplaces in Portugal are located here, and also some of the world’s biggest companies, such as:

The areas of IT, Digital Marketing, Tourism, Engineering, Healthcare, Pharmaceuticals, Agriculture, and Construction are on the rise.

Read also: Finding a job in Portugal before relocating: an expat guide

How did Portugal get through the pandemic

As you can imagine, the labor market in Portugal has become even more competitive after the Covid-19 pandemic. Fortunately, EU support initiatives for entrepreneurs and Startups in Portugal are still going strong.

Comparing 2020 and 2021, unemployment has gone down, profit from foreign tourism has more than doubled, and trade is picking up again. Therefore, the Portuguese people are not alone against the crisis and expectations are that Portugal will soon overcome all this.

Portugal has one of the best healthcare systems in all of Europe, available for every resident. Lisbon’s public hospitals, however, have a reputation for having long lines and delays in appointments. After all, it is the most populous city in the country. Therefore, more urgent cases might require the use of the private health system or a trip to a public hospital outside the center.

Public schools also have a good reputation and are completely free of charge, available for all children in the country. School supplies must be paid for by parents, though, but the cost is low compared to private schools. But although they are of quality, the classes are taught in Portuguese. So if you want to enroll your child in a school in English, French, or German, check out our article International Schools in Portugal.

Lisbon has a vibrant and bustling nightlife. In addition to having many tourists throughout the year, the city is home to an international community and many university students. There are bars and clubs for all tastes and prices.

Those who prefer live music are also in luck, Lisbon offers great events and cafés and restaurants with this option.

There are parks, gyms, shopping malls, cinemas, fairs, and markets throughout the year. There is never boredom in Lisbon.

Consider living in the surrounding cities in the Lisbon area

The center of Lisbon has become almost too expensive to be enjoyable nowadays. Sure, it’s still cheaper than most European capitals, but from the local perspective, too much.

That’s why the surrounding cities of Lisbon, still a part of the called Lisbon area, are a great choice. Living in Lisbon can be quite expensive, a bit loud, and perhaps you would like to be in a different setting. Take a look at these options:

Also known as Margem Sul (South Bank), the region of the city of Setúbal, it is partly a dormitory of Lisbon. Thousands of people live on the south bank and travel across the bridge to Lisbon to work every day.

The cost of living is much cheaper, the weather is a bit warmer and the streets are much calmer than in the capital. Definitely a choice to have in mind.

Home to some of the most iconic monuments of Portugal, Sintra is a beautiful place. The old village is located on a mountain range and is a must-see for every tourist. However, it’s also a region with amazing natural surroundings, beautiful mansions, and charming architecture.

It also has its own particular microclimate, with frequent mists and rain, out of tune with the sunny surroundings. I don’t know about you, but Sintra was good enough for Madonna herself to buy a house here. Sorry, not a house, a palacete, which is Portuguese for a small palace.

Very well located between Lisbon and Sintra, Oeiras is a fantastic place to live, where many Portuguese families choose to settle. It’s a coastal town, cheaper than the capital, but with good quality of life.

Read also: Expat family in Portugal: how to make adaptation easier for everyone

Cascais is an excellent choice for those who like to be close to a big city with all the services, but still like that feeling to be in a small town. At the same you’re in a developed and classy town, you’re near good beaches and many green spaces.

No wonder it has such a high percentage of foreign population, around 15% of the total. It’s one of those places where people are proud to say they live.

Is it worth living in Lisbon?

Definitely. Lisbon is without a doubt one of the best places to live in the world. The combination of safety, beauty, culture, cost, and quality of living make it (almost) perfect.

It’s a European metropolis with a Portuguese charm. The question you should be asking is not if living in Lisbon is worth it, but how soon can you relocate here.

When are you planning to move to Lisbon?

Lisbon is a great place to live, no matter where you’re from or what you plan on doing in Portugal. If you choose to live here, be prepared to fall in love with the Portuguese culture. You won’t regret living in Lisbon.

If you need help relocating, Viv Europe experts can help you out! Contact us to make your Portugal dream a reality. 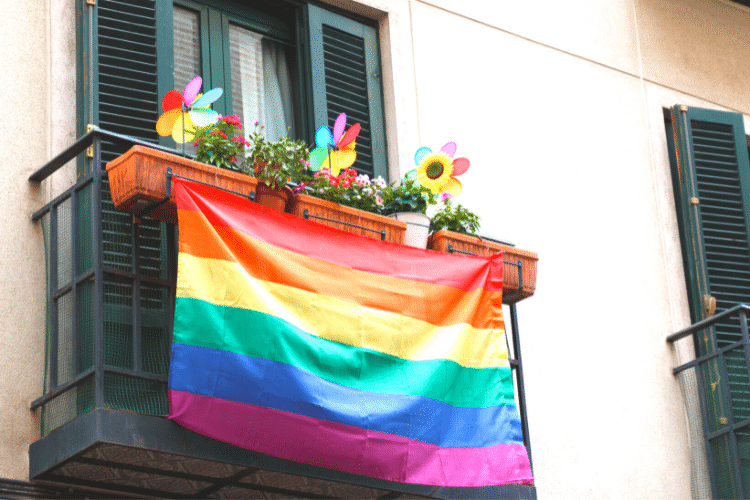 Is Portugal a gay-friendly country? The LGBTQ+ expat experience

Many expats worry about Portugal not being a welcoming place for the LGBTQ+ community. Is Portugal a gay-friendly country? Let’s find out. 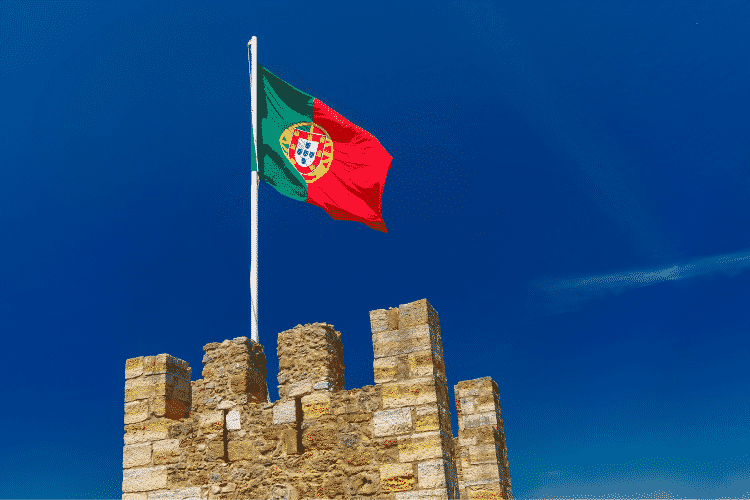 Complete guide to Portuguese Nationality: how to obtain it

Get to know the updated requirements and procedures for obtaining Portuguese nationality in our complete guide. 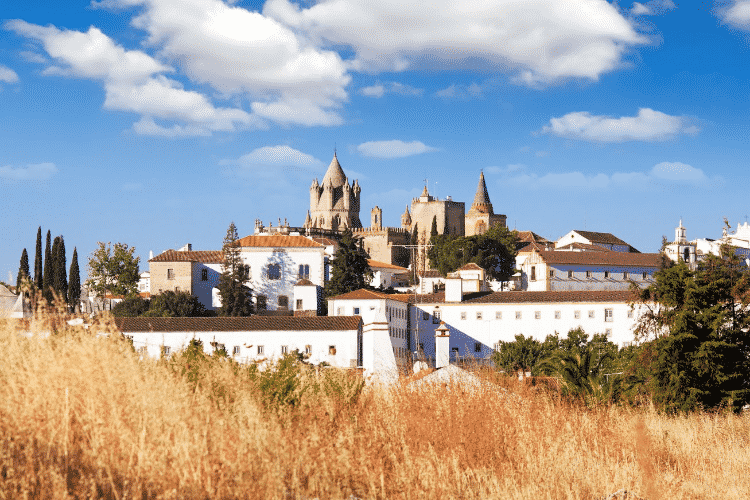 Living in Alentejo: an expat’s guide to rural Portugal

Calm days, no crowds, and fresh air. There is a lot to love in this region of Portugal. Know all about living in Alentejo as an expat.