Goodbye UK: 7 reasons why the British move to Portugal

Many British move to Portugal even after Brexit. But what attracts them, and is it really worth relocating? Find out in the complete article.

The UK and Portugal have the oldest alliance in the world. The two European countries have been friends for a long time, they have gone through some wars together and their citizens are still connected to this day. Even after Brexit, thousands of British move to Portugal. But what really invites them to stay, besides the holidays?

Find out what makes the British community one of the biggest expat communities in Portugal, especially in the Algarve, Cascais, Madeira and Porto. Discover 7 reasons why the Brits choose to relocate permanently to Portugal in this article.

Portugal’s good weather is no secret to the Brits. The sunny country is one of Britain’s favourite summer destinations. But beyond that, living in Portugal means experiencing all seasons.

Depending on the region, skies are almost always blue and rain is just a rare and warm visitor. Very different from the traditional UK climate.

Summer temperatures often exceed 30 °C, and winter temperatures hardly go below 0 °C. In other words, the weather in Portugal is more pleasant with better conditions to live in than in their country of origin.

The Portuguese government offers one of the best tax incentives to expatriates who intend to live in the country, therefore, many Brits can save money in tax by relocating here.

Depending on your financial situation, Portugal can be your savings best friend. Our advice is to speak to a lawyer to analyse your case in depth.

If you wish to know more about Taxes in Portugal, take a look at the answers to the Frequently Asked Questions on the topic.

Culturally, Portugal has a lifestyle less focused on work and more linked to Carpe Diem.

This may come as a big shock to the British citizen, since the UK way of life is based on production, making money and drinking a nice beer during the breaks.

In a contrast, the Portuguese people spend more quality time with the family. Also, getting a little bit late to an appointment won’t be the end of the world.

Adopting the Portuguese way of life, therefore, can lead to quality of life, less stress and better mental and physical health.

Portugal may be a small country, but it is huge in beautiful, diverse landscapes. From the forests and waterfalls of the north, to the golden cliffs and rock formations of the Algarve coast, to the Alentejo meadow and the beaches of Arrábida, to the stunning mountains and volcanoes in the islands of Azores and Madeira archipelagos, Portugal is giant.

This humble country and its welcoming people surprise and enchant foreigners. No wonder that with each passing year, more and more people emigrate here.

Read also: Lisbon, Porto or Algarve: Which one should I choose?

One of the highlights of Portugal is without a doubt the food. Portuguese cuisine is one of the Mediterranean, rich in seafood and fish, but also with a lot of cheese and beef, pork, goats, and chicken.

Quality oils, wine, dried fruits and exquisite sweets also characterize the country’s cuisine, which is definitely one of the reasons why so many British move to Portugal.

Living in Portugal with wages or income made in the UK is to maximize your earnings. You make a lot more money in the UK than in Portugal. And, to further improve the lives of the British, much less is spent in Portugal than in the UK.

That means your pounds are worth a lot more in Portugal. The cost of living in Portugal becomes very low in a direct comparison. Therefore, in the eyes of the British, everything in Portugal is very cheap.

For an example, see in the table below a summary of how much is spent in a month in Porto surroundings:

Of course, the cost of living varies greatly depending on the city and one’s consumption habits. However, a couple without children can live very well in Portugal with around €1,500 monthly expenses.

7. Short distance from the UK

After all, the UK will always be home.

It’s great to live in a different and sunny place like Portugal, but for some reason, the British seem to miss those cold mornings, the typical English breakfast and the feeling of that you belong here. It’s tough being an expatriate. Our homeland can never change.

It’s okay to visit the UK as many times as you like. Moving to Portugal does not mean you are never coming back to Britain.

If you ever get homesick in Portugal, take a cheap and quick direct flight to your town. The land of your ancestors is less than 3 hours away by plane. Many British move to Portugal, but none of them stop being proudly about their British heritance.

Dealing with Brexit and Visas

Before Brexit, many UK citizens used to live in Portugal and never even registered themselves as residents properly.

Now that the UK is no longer part of the European Union, they must apply and obtain a residency visa in order to legally relocate to Portugal.

That means having to deal with a lot of paperwork and the world widely famous Portuguese bureaucracy. When the British move to Portugal nowadays, they usually come with a Golden Visa or Passive Income Visa, later exchanging it for a residence card.

Fortunately, visa processes are not complicated enough to prevent anyone from living in Portugal. And if you prefer, you can always hire an Immigration Assistance company to take care of every detail for you.

When are you coming to Portugal?

Do you need help moving from the UK to Portugal? Let our team of professionals help you. With Viv Europe’s guidance, your relocation process will be peaceful and efficient.

We’ve already helped several British move to Portugal, and we have a large expat community in the country on Facebook.

Contact us and tell us how we can be of service. We will love to help to turn your Portugal project into reality.

Viv Europe can assist you in your project to Portugal. Start your journey by clicking the button below. 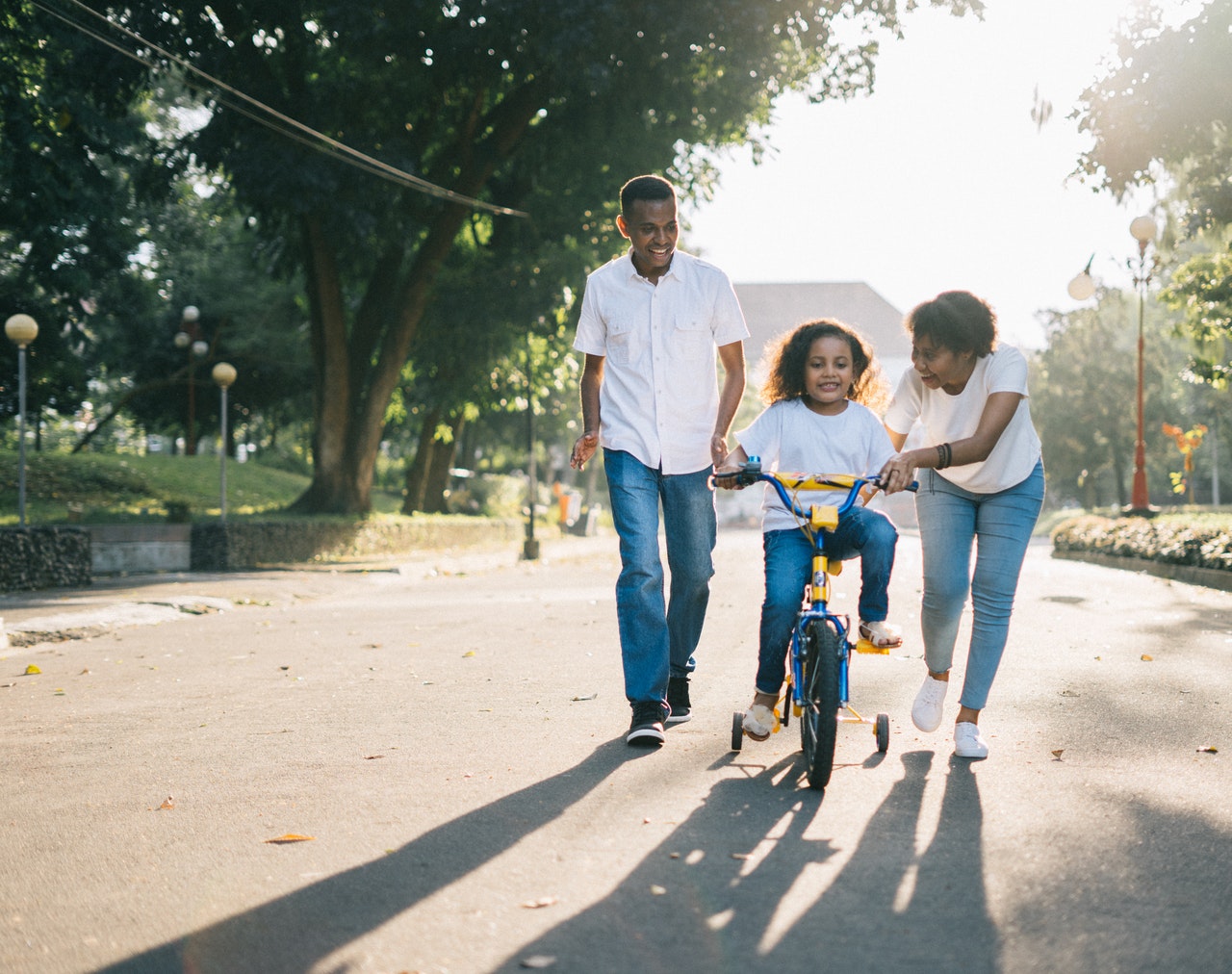 Expat family in Portugal: how to make adaptation easier for everyone

Moving abroad is complex, but taking the entire family is a challenge. Check out these adaptation tips for your expat family in Portugal. 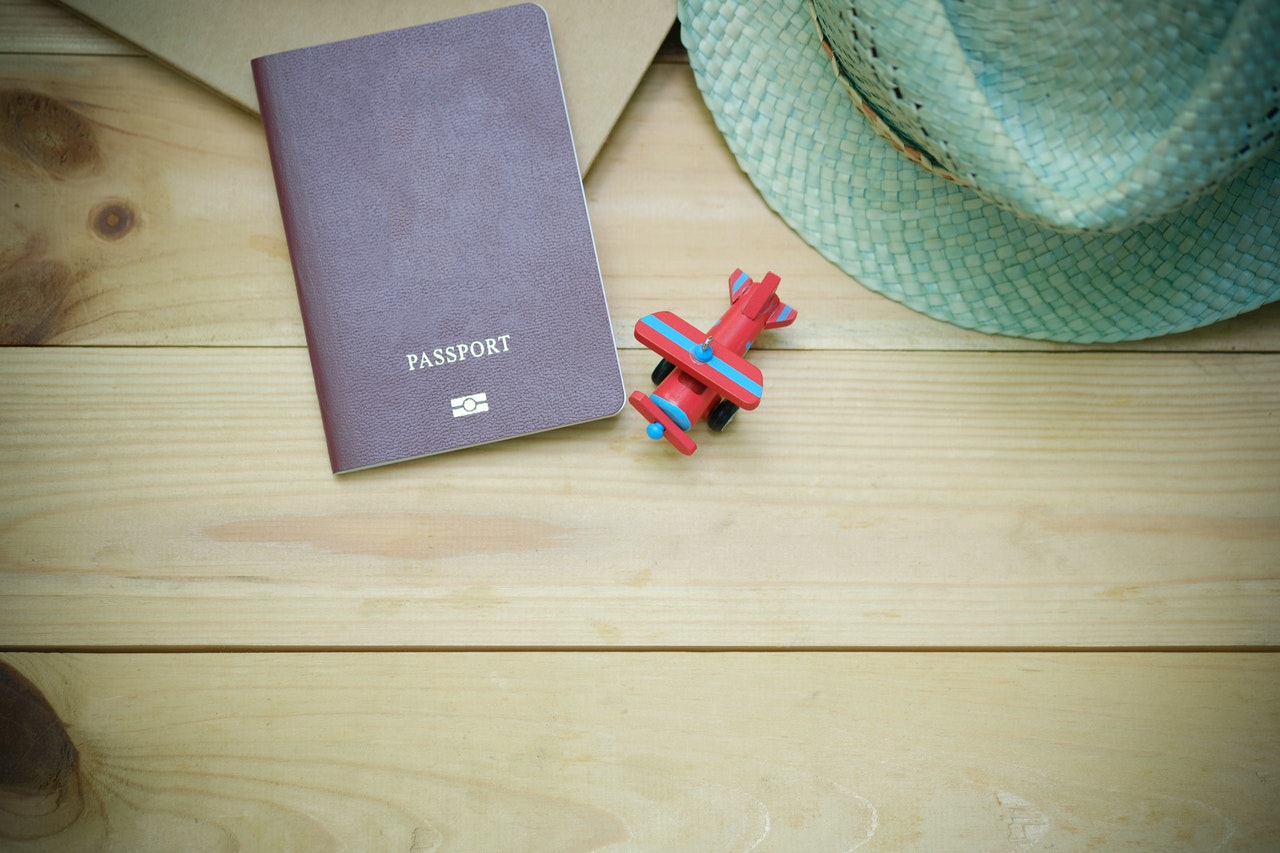 Business visa or Passive Income visa? Choosing between the D2 and D7 visa to Portugal

Is it better to apply for a Business visa or passive income visa to Portugal? Know the differences between the D2 or D7 visas and plan ahead. 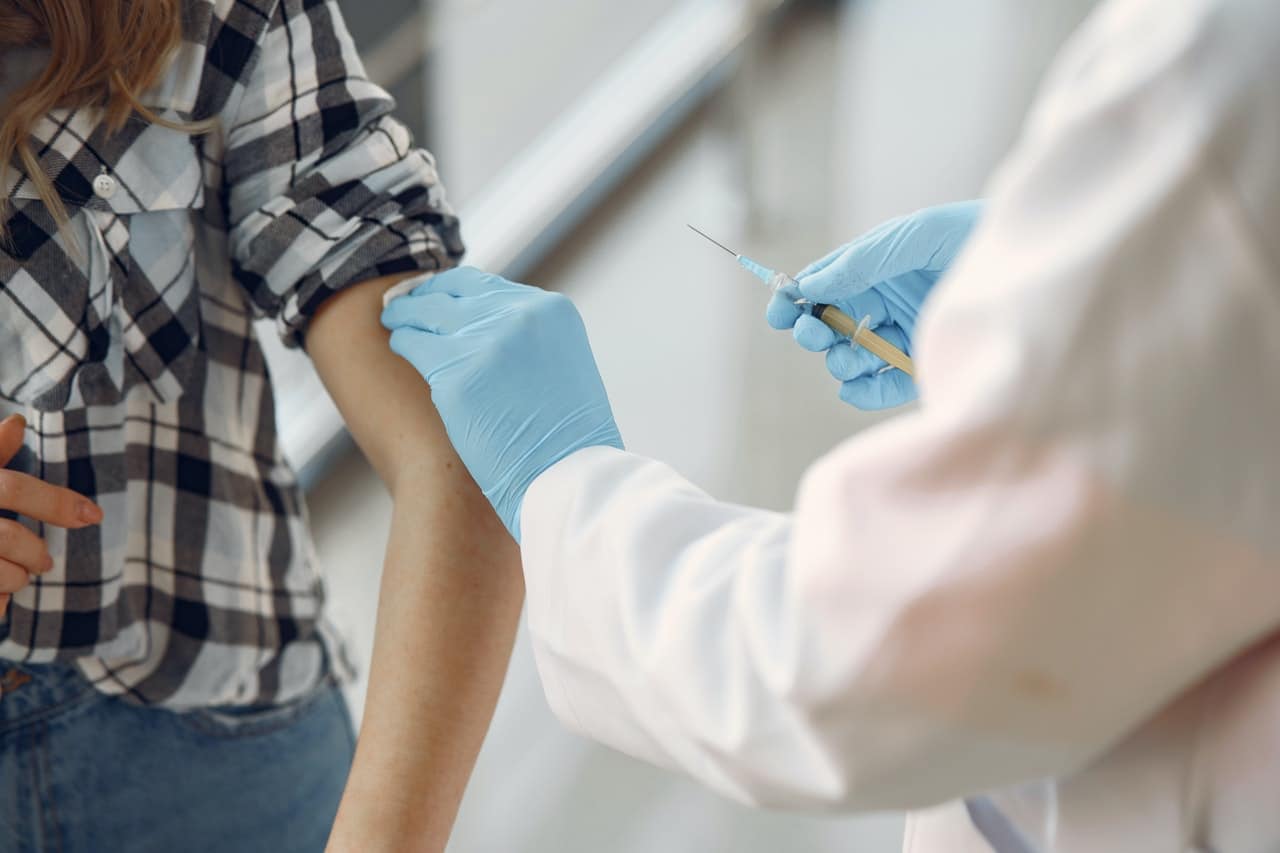 Portugal reaches the highest rate of vaccinated population in the world

With more than 81% of the population fully vaccinated against Covid-19, Portugal is now the world leader in the vaccination rate. Portugal is the country … 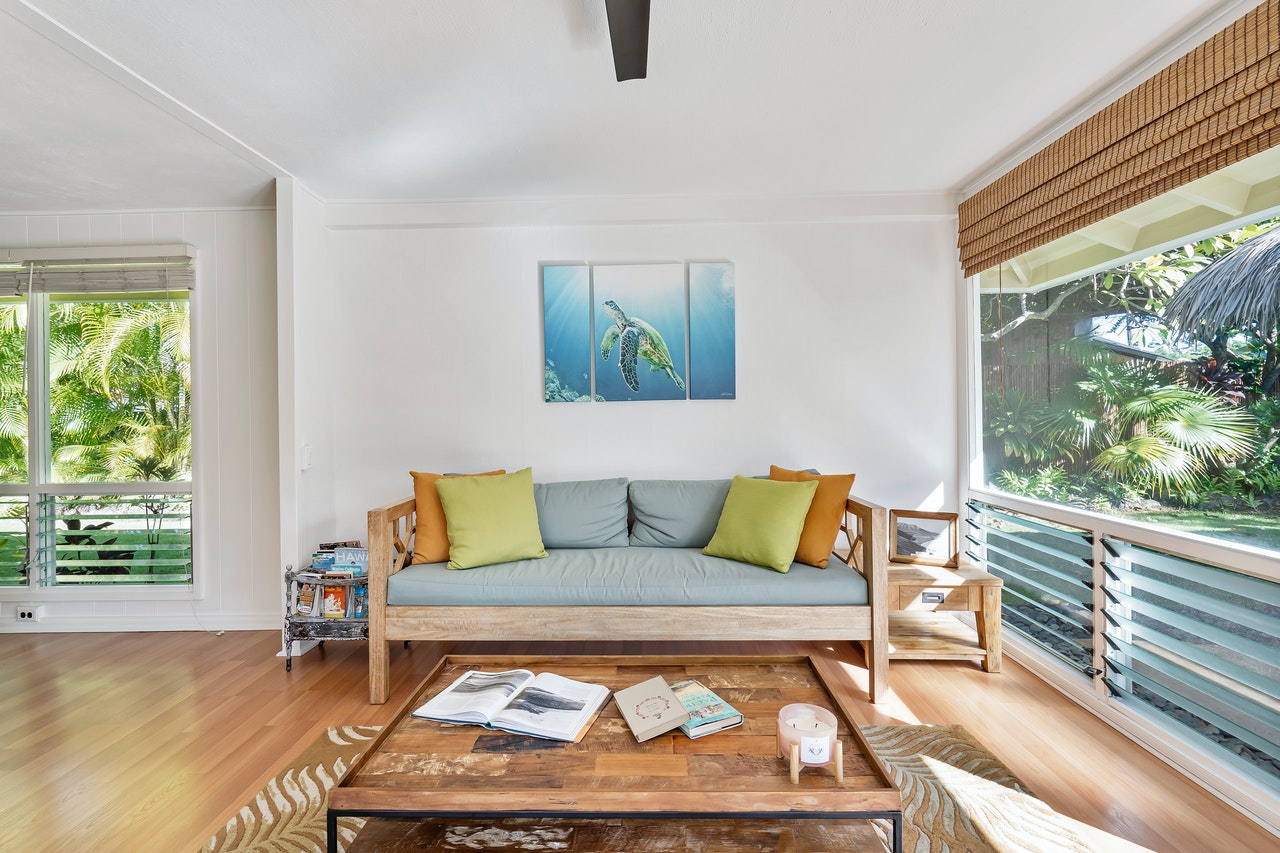 Want to buy a property in Southern Europe? Discover the best real estate websites in Portugal for an in-depth online search before investing. 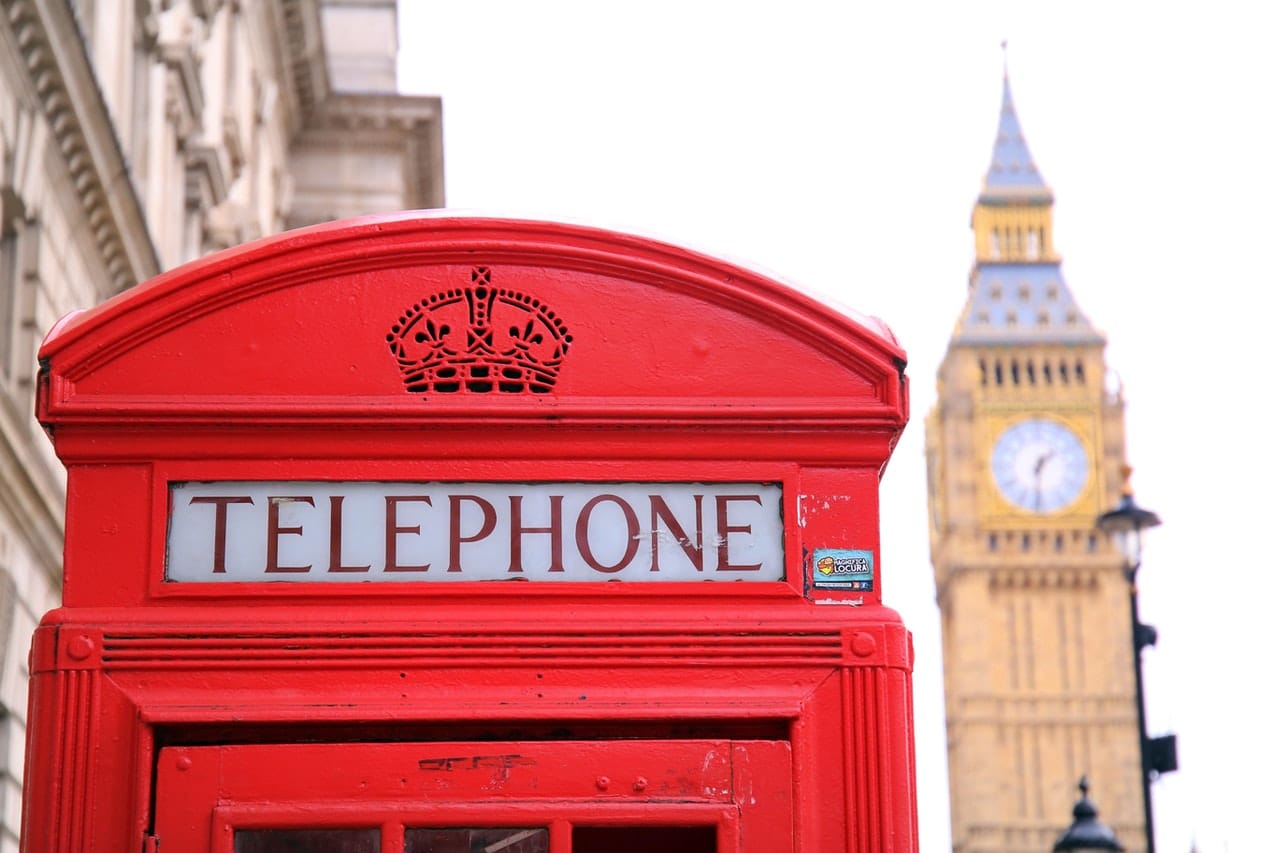 Goodbye UK: 7 reasons why the British move to Portugal

Many British move to Portugal even after Brexit. But what attracts them, and is it really worth relocating? Find out in the complete article.

Want to relocate to Portugal ?